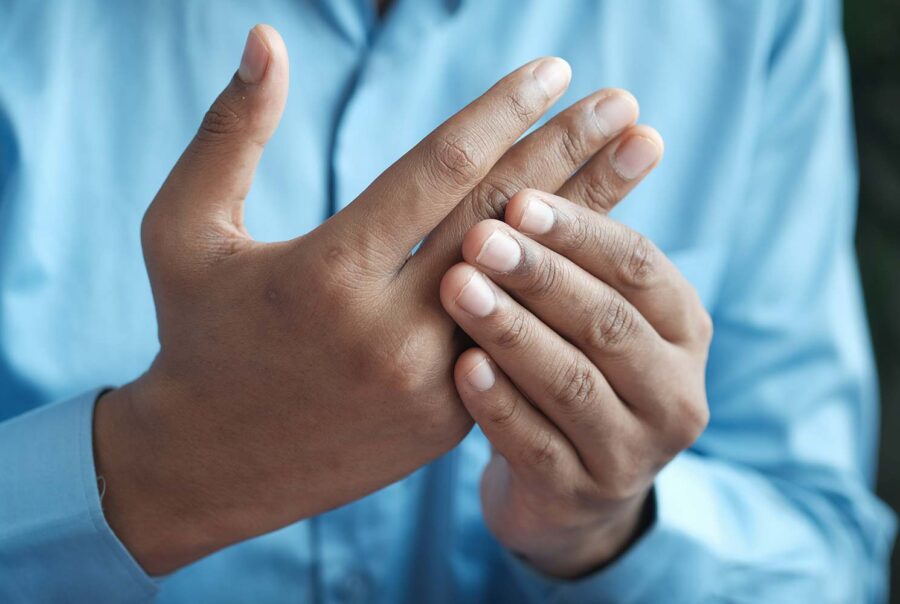 Do you experience sudden, severe attacks of pain, swelling, tenderness, and redness in your joints, particularly your big toe? If so, you could be suffering from gout, a common form of inflammatory arthritis that affects about four percent of the U.S. population. Triad Clinical Trials developed this resources page to provide information about gout and hopefully answer questions you may have about this painful condition. In it, we’ll be covering everything you need to know about gout, including its symptoms, what causes it, and how it’s treated.

What are the symptoms of gout?

Gout most commonly affects the big toe, although it can occur in any joint. Other commonly affected joints include the ankles, knees, elbows, wrists, and fingers. Gout symptoms almost always occur suddenly and often at night. During a gout attack, you may experience the following symptoms:

People who have frequent, severe gout attacks can develop tophi, which are visible bumps made of urate crystals that form in joints, bones, or cartilage. Tophi appear like nodules or lumps that protrude from the skin. While they are usually not painful, tophi can damage joints, destroy cartilage, and lead to bone erosion.

The human body produces uric acid during the breakdown of chemicals called purines, which are found in your body and in certain foods and drinks. When uric acid levels become too high in the body—a condition called hyperuricemia—uric acid crystals can build up in the joints. These sharp, needle-like crystals cause the symptoms associated with gout.

Who’s at risk for gout?

Men and women are more likely to develop gout if they:

In addition to medications, making lifestyle changes is also important in reducing symptoms and preventing future attacks. These include:

How is gout treated?

If your doctor diagnoses you with gout, you’ll likely be prescribed medication to reduce your symptoms and prevent future attacks. These include nonsteroidal anti-inflammatory drugs (NSAIDs), an anti-inflammatory drug called colchicine, or corticosteroid medications. If you experience several gout flares a year, experience particularly painful flares, or have tophi, your doctor may prescribe medications to lower your body’s uric acid levels. These medications work by either blocking uric acid production or improving your kidneys’ ability to remove uric acid from your body.

Tophi typically dissolve, albeit slowly, with medication. However, surgery may be required in some rare, extreme instances. There are also several new gout treatments currently available only in clinical trials, like those conducted at Triad Clinical Trials here in Greensboro, North Carolina. Clinical trials may be open to patients interested in new therapies. Clinical trials are free to participants and may include payment for time and travel.

If you suspect you have gout, it’s important to visit your healthcare practitioner for an evaluation. By recognizing and treating gout early, you can avoid potential complications and improve your overall quality of life.

The content and/or opinions voiced in this Triad Clinical Trials post are for general information only and are not intended to provide specific healthcare advice or recommendations for any individual.

Ready to see if you qualify to participate in a clinical research study?